Welcome to Walmart. Your doctor will see you now

In Calhoun, Georgia, a city of around 16,000 residents 70 miles outsideof Atlanta, Walmart is testing out a new health center. If successful, Walmart may expand its initiative across the United States, potentially upending the way millions of Americans receive medical care.

At “Walmart Health,” which has a separate entrance next door to a massive Walmart supercenter, patients can see doctors for routine checkups and ongoing treatment of chronic illnesses, such as diabetes and heart disease, even if they lack health insurance. They can also get lab work, x-rays, dental care, behavioral health counseling, eye and hearing exams, and access other services. The bill for an annual checkup for an adult is $30 without insurance, an eye exam is $45 and dental exams cost $25. Therapy sessions are $60.

Walmart, America’s largest retailer, opened the facility in January. It’s only one of two in the country. The first, in Dallas, Georgia, another exurb of Atlanta, opened in September. 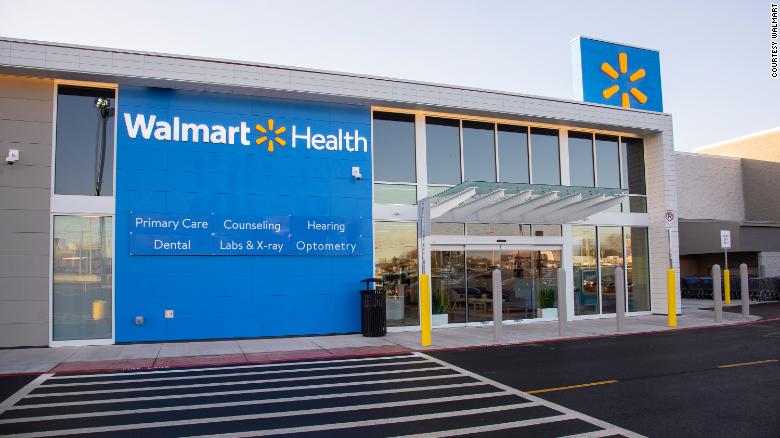 The entrance to Walmart’s health center in Calhoun, Georgia.

Walmart is America’s dominant retailer for groceries and other merchandise. But now it’s trying to seize a chunk of the lucrative health care market, which makes up more than 15% of the country’s economy and is growing.

Walmart believes it can fill that gap for its customers without health insurance, as well as those who have insurance plans with high deductibles and out-of-pocket costs.

Walmart wants its doctors to replace patients’ current primary care providers, which will bring them into the clinics more routinely. That’s a different approach from CVS’ Minute Clinics and many urgent care facilities, which offer basic treatment for the occasional strep throat or ear infection.

Ateev Mehrota, an associate professor of health care policy at Harvard Medical School, said the expanded clinics have been “located in very underserved communities” and are “increasing access to care.”

‘The need is everywhere”

Marcus Osbore, Walmart’s vice president of health and wellness transformation, said in an interview that people who come into the clinics often have not seen a primary care physician in two or three years, or a dentist in five years. For some patients, it may be the first time they have ever seen a mental health counselor.

“What we’re finding is all comers,” he said. “Unfortunately, the need is everywhere” in America.

The clinics also may help Walmart bring steady foot traffic to its stores as it battles for customers with Amazon and chains like Target. And analysts say the clinics may boost Walmart’s core business if patients come in for a doctor’s appointment and then stick around to shop at the supercenter to buy vegetables or yoga mats. 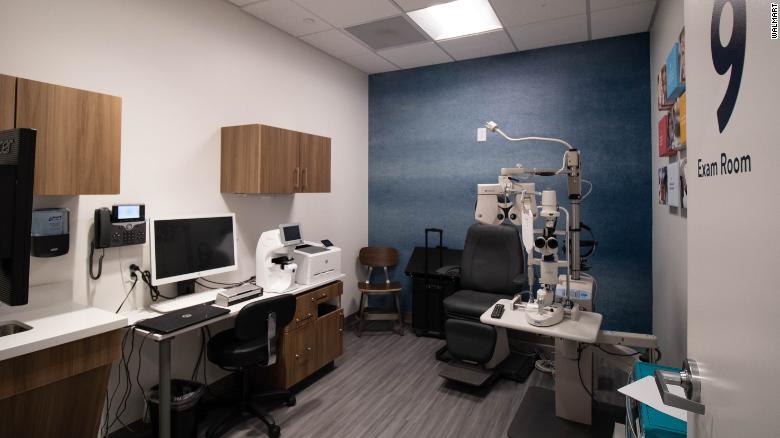 Walmart believes it can fill a gap for its customers without health insurance, as well as those who have insurance but are paying high deductibles for their plans.

Amazon, Walmart’s top rival, is also trying to crack into the health care industry. In 2018, Amazon bought mail-order pharmacy PillPack. Amazon joined with Berkshire Hathaway and JP Morgan to attempt to give the three companies’ more than one million employees and family members better health care choices and lower prices.

However, Walmart believes its thousands of stores give it a leg up over its online rival. Walmart’s health care strategy “takes advantage of big boxes and big parking lots close to people,” CEO McMillion said.

Walmart has pharmacies and optical departments in thousands of stores and has operated health clinics with limited services in Georgia, South Carolina and Texas for several years. The company posted annual revenue of $35.7 billion last year from its pharmacies, optical services and sales of over-the-counter drugs and other medical products.

But the new facilities in Georgia go well beyond Walmart’s previous efforts in health care.

While drug stores such as CVS have health clinics with nurse practitioners in many stores,Walmart is trying to distinguish its clinics by providing access to primary care doctors and incorporating other services such as mental health counseling, dentists and fitness classes for elderly citizens.

Walmart’s Osborn said the company’s health centers were set up to address a wider set of patients’ needs than CVS Minute Clinics or urgent care locations, which are “episodic” and “limited in their purpose and function.”

CVS completed its $69 billion acquisition of Aetna, the largest health care deal in history, last year, creating a gigantic customer base. The combined firms should help CVS lower its costs and increase profit from Aetna plans. Even before its purchase of Aetna, CVS had been building stores with on-site dieticians, nurse practitioners and lab services in recent years. 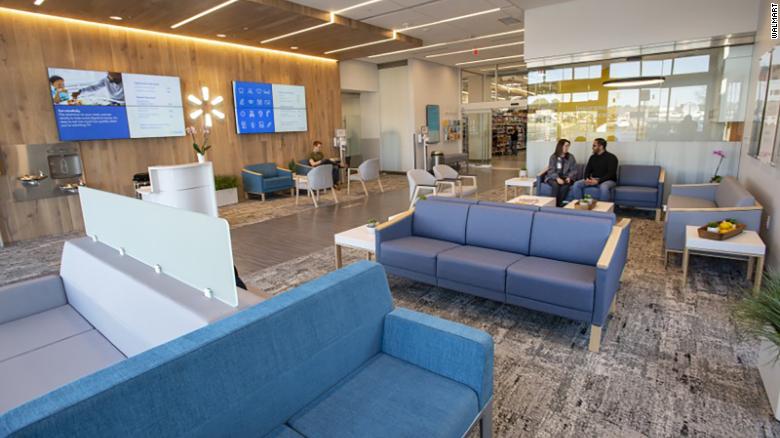 The waiting room of Walmart health center in Calhoun, Georgia.

Still, Robert Huckman, co-chair of the Harvard Business School’s Health Care Initiative, said the “range of services Walmart is offering is broader” than the CVS or Walgreens clinics.

So far, the center in Calhoun has been a benefit to residents in the area, according to Jimmy Palmer, the city’s mayor.

“It’s been very positive,” he said of the community’s reaction to the clinic. “They provide a lot of services outside just the primary care physician.” Palmer said the facility fills a void in Calhoun because it’s open on weekends.

But can Walmart be profitable by offering lower-priced services than many competitors?

Walmart’s Osborn argues that the company’s facilities will able to operate in a “much stronger way financially” by offering a broad range of services, and simultaneously eliminating administrative expenses from a bloated health care system.

“We’re not burdened by a legacy of health care service delivery,” he added. “I don’t own hospitals that I’ve spent billions on over-building, trying to figure out how to get a return on it.”

Additionally, retail clinics have struggled to develop ongoing relationships with consumers beyond the specific tests that they come in for infrequently. Despite Walmart’s connection with shoppers for their retail needs, that doesn’t mean the relationship will translate over to health care.

“Retail products and health are, for most individuals, very different product categories,” said Huckman from Harvard. “The question that remains is the extent to which Walmart can become a recognizable health care brand.”

His own father was a dentist, and McMillon “just can’t imagine being a dentist working at Walmart,” he said in December. “But people are enjoying it.”