The Los Angeles County Board of Supervisors voted on several measures Tuesday to provide economic relief during the pandemic, including “hero pay” for grocery workers and expanded protections for renters.

The hero pay measure would require big grocery chains and drug retailers to provide an extra $5 per hour to frontline workers in unincorporated areas of Los Angeles County.

The measure applies to employers that are publicly traded or have at least 300 employees nationwide and more than 10 employees per store.

While the measure applies to unincorporated areas of the county – roughly 1 million residents out of a county population of 10 million – the board asked county counsel to research whether it could also be applied to the rest of the county. 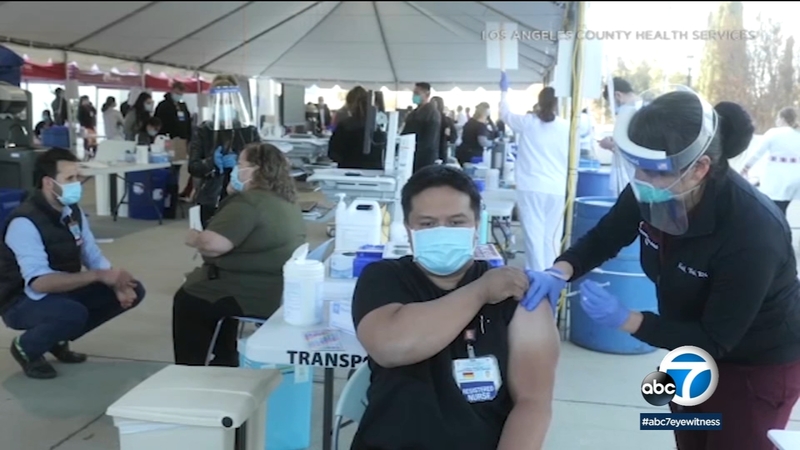 Ambulances are being told in Los Angeles County to not bring patients to a hospital if they can’t be revived in the field.

“The COVID-19 pandemic has made clear the importance of industries deemed essential, including grocery and drug retail employees,” said Supervisor Hilda Solis, who co-authored the motion. “Since the beginning of the pandemic, these workers have continued to show up to their jobs despite the dangers of being exposed to COVID-19.”

The board also offered new help for renters by extending and expanding a rent-relief program and extending a moratorium on evictions.

The rent-relief measure has been extended one full year, until the end of 2021.
Supervisor Janice Hahn says hundreds of thousands of county residents are struggling to pay their rent.

Officials say some tenants are even taking out loans from predatory lenders or using credit cards to pay their landlords.

The program, which relies on federal funding, will also raise the available assistance from $7,500 to $10,000 for eligible households making up to 50% of the average median income.
The supervisors also approved a measure to extend the eviction moratorium through the end of February.