‘It’s like a death in the family’ as 125-year-old N.J. grocery store closes

Elmer Dickerson opened his grocery store on a dirt horse-and-wagon road at the base of Mount Tabor in 1893. His family had sold much of his hilltop farmland to the Methodist Camp Meeting, and their summer retreat quickly became a year-round community.

The Dickerson family transitioned from farmers to grocers, to service the growing small town.

Ron Dickerson, 85, pointed to a long-range photograph of the day, hanging over the empty produce aisle of the third incarnation of the Dickerson’s market. A spare number of houses dotted mountain and valley.

In that picture is an expanse of green, undeveloped “swampland,” as Ron Dickerson, 85, called it.

It was Dickerson property, then as it is now. Except it now holds a strip mall anchored by the Dickerson’s Foodtown for more than five decades. That run ended Monday, when Jeff Dickerson, the great grandson of the founder, closed up for the last time and a 125-year-old business came to an end. 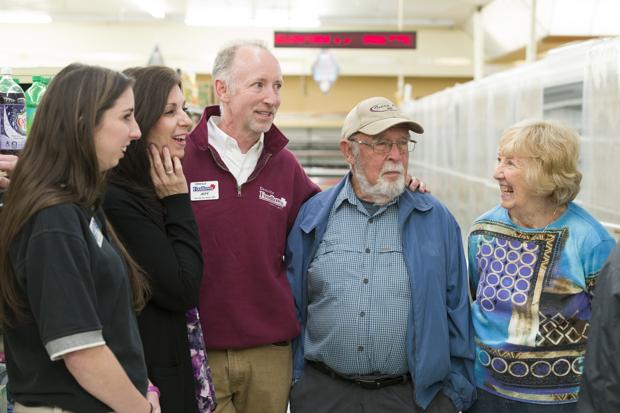 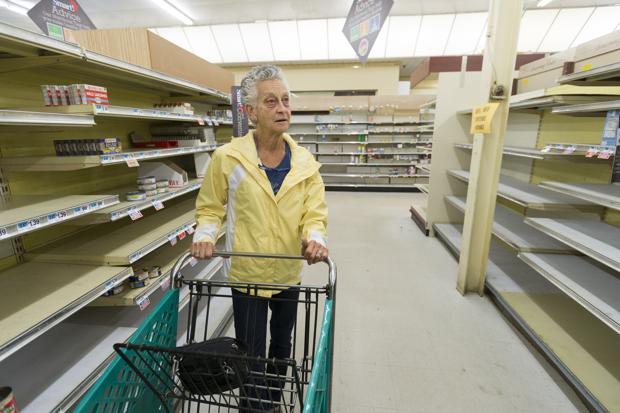 Small, personal markets in suburban towns are becoming a thing of the past. Old-time downtown groceries were not convenience stores, but stores with butchers and fresh produce that were convenient.

The super stores began usurping them over the past 30 years, and Dickerson’s was among the last of them.

Within a few miles of Dickerson’s Foodtown is a modern Stop & Shop, a new Wegman’s and a new mega Shop-Rite. All are huge stores that offer big savings on a bountiful stock of brands, and have international selections and lanes of prepared food. The Shop-Rite has a sports bar attached. 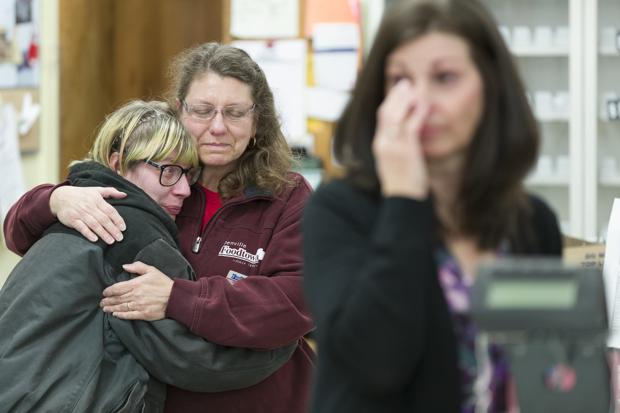 Ron Dickerson said the area is overserved with such grocery stores.

“I always knew I was going to be the end of the line,” Jeff Dickerson. “I wanted to work with my father until the end, and he’s 85 now. It’s time.”

The Walmarts and McDonalds of the world killing off Mom & Pop businesses is nothing new, of course. But the closing of stores like Dickerson’s Foodtown is a reminder of what gets lost in the big fish-eating-little fish shuffle. Employee-employer loyalty. A sense of community, where friends and neighbors and customers are interchangeable words.

That was the magic of the Dickerson’s operation, their customers said. 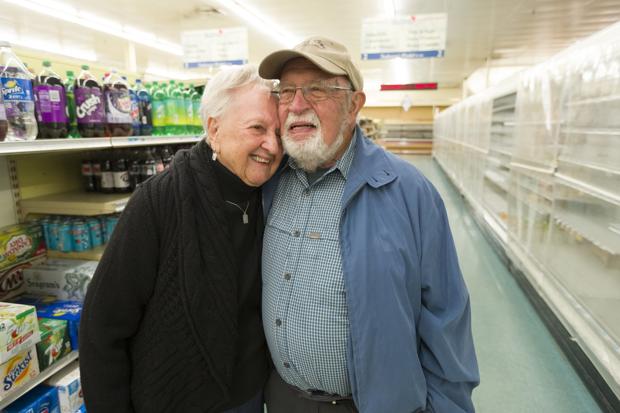 “When you came here, you know you got taken care of,” said Joann Lavorgna, who shopped at the store for 37 years. “If there was product you wanted and they didn’t have it, they would order it for you and keep it stocked.”

Carol Visoskas said Dickerson’s was the only place she shopped.

“When their credit card machines went down, they let customers write IOUs,” she said. “Who does that these days?”

And when her house burned down two years ago, they returned the loyalty, collecting cash and gift cards for her.

“I love these people,” she said. 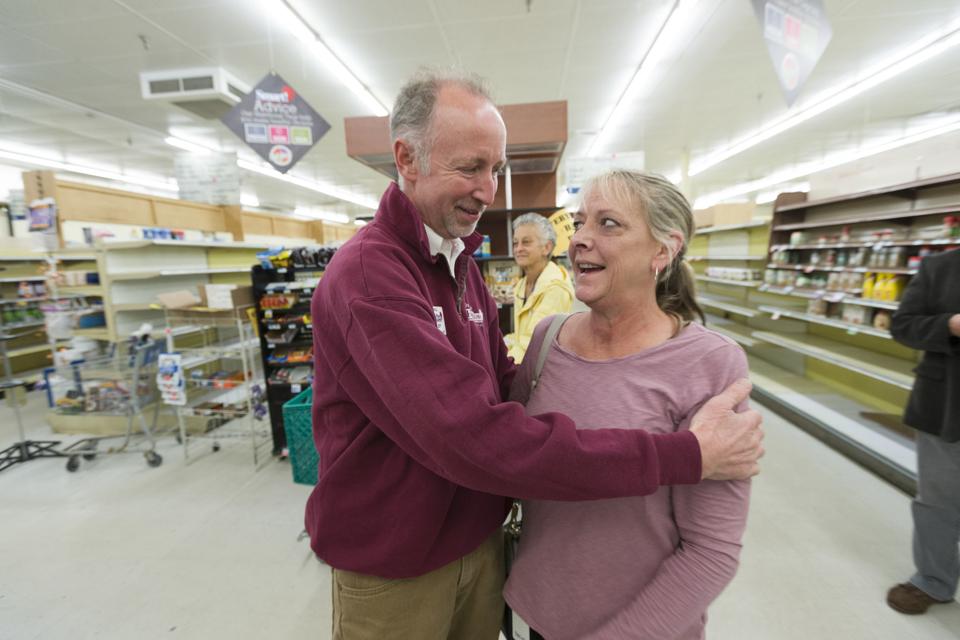 Among the empty and sparsely stocked aisles, customers like Lavorgna and Visoskas, and employees, current and former, came to say goodbye.

“I started working here when I was 18, took a few years off from it while I raised my family, and then I came back,” said Barbara Schultz, 85. “I’d say, in all, I worked here for 53 years. It was the only place I ever worked.”

The same is true for Cindy Lotter. She was 18 when she began working for the Dickersons. She is 57 now, and never left.

“They are like a family to me,” she said. “Ron was like a father to me. He did more for me than my own father.”

Both women said these things with tears in their eyes, halting the conversation at times to compose themselves. 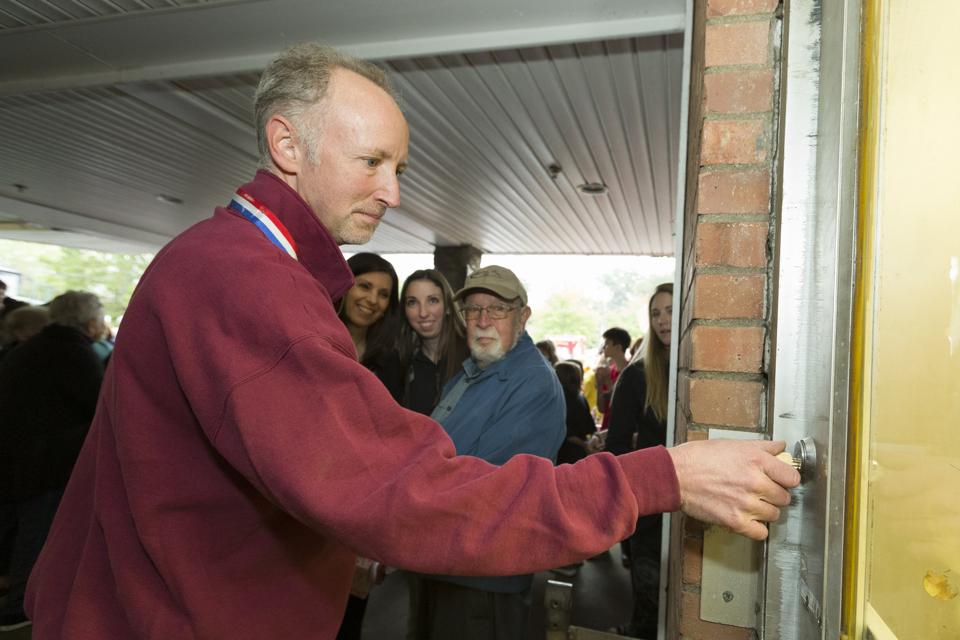 Even one of the youngest employees, Ashley David, 17, had the same feeling for the Dickersons, after just a little more than a year on a part-time job.

“This was my first job and I already know Jeff is going to be the best boss I’ll ever have,” she said. “Everyone should aspire to be a boss like him.” 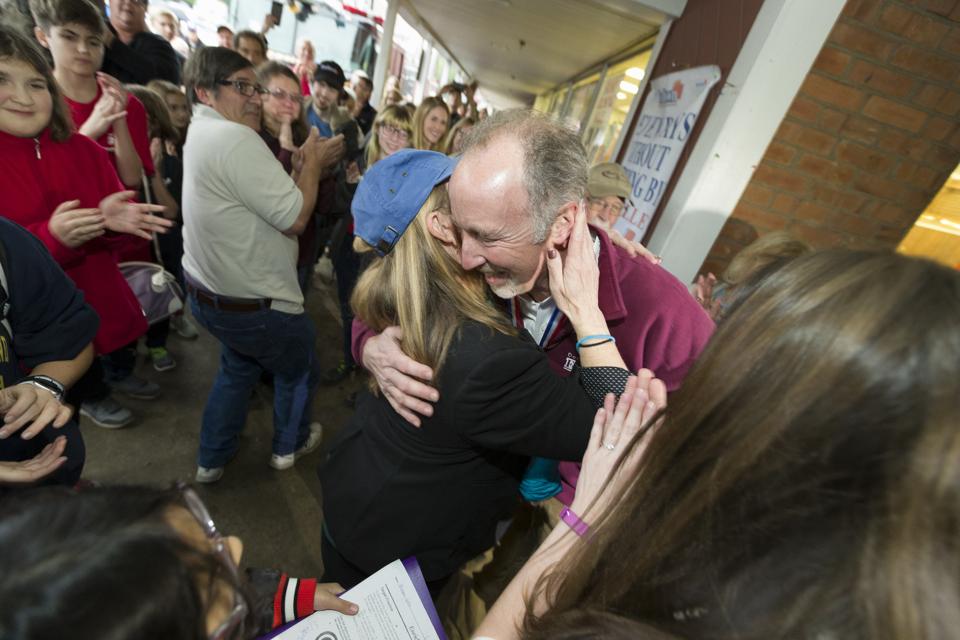 On the front window of the store are posters of monthly collections Dickerson’s customers made over the last few years. It was a store tradition that began 30 years ago.

“Every month there was a different bucket at the end the register,” Lavorgna said. “That’s where my change always went.”

The recipients were Denville civic organizations, the fire department, the ambulance squad, a local orphanage, and charities for the sick and challenged. The donated amounts weren’t exorbitant, but $500 or $600 isn’t small change to groups that bind communities. 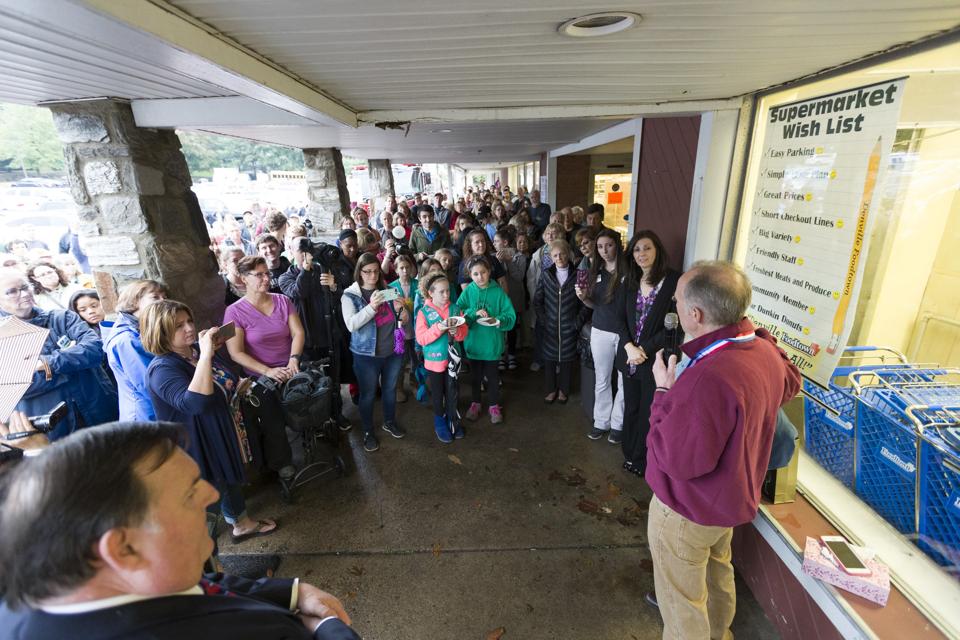 The Dickersons also made a point of hiring students with intellectual disabilities, working with three high schools in the area on job placement.

“We’ve had at least 100 of them come through,” Jeff Dickerson said.

One, James Pocelinko, 21, is on the Asperger spectrum and joined his mother, Rosalie, on the job at Dickerson’s.

“He has a social handicap but this job makes him feel comfortable and at ease,” she said. “They have done wonders for him. This is like a second home for us. They are our family.”

Lotter said they were told in early September the store would close.

“It was one of the worst days of my life,” she said.

“It was like a death in the family,” said Schultz.

Jeff Dickerson said the last few weeks of the store’s life were “like being at a wake.”

But every funeral has a repast and when Jeff Dickerson locked the door Monday evening, he and his family walked into a crowd of some 300 applauding people who gathered to thank them. A Denville firetruck, ambulance and military vehicle were there, a Girl Scout troop distributed cake and cookies, people held signs saying “Thank you, Dickersons” and a PA system was set up for mayor Tom Andes to speak.

When he handed it off to Jeff Dickerson, he kept it simple and humble.

“I was warned it would be like a wake,” he told the crowd, “and it is. But I think all the joy we’ve had outweighs the sadness.”

And in the end, what more can you ask for?