Picking up groceries at Walmart is quietly becoming pretty easy.

In May, the world’s largest retailer began offering its online grocery pickup service at two more locations in Charlotte, North Carolina after a successful test at five stores that commenced last October. Customers place their grocery orders online, choose a time to pick them up and then pull into a designated parking spot at a relatively small depot. From there, the person confirms their order on a kiosk from inside their car, and a Walmart worker brings the groceries to the person’s car.

Walmart said it will have online grocery pickup available in 40 markets by the end of this month.

Meanwhile, in April Walmart expanded its free curbside pickup of groceries at its giant supercenters into eight new cities, increasing the number of stores with the service by a third to about 200. The cities added included: Kansas City; Austin, Texas; Boise, Idaho; Richmond and Virginia Beach, Va.; Provo, Utah; Daphne, Ala.; and Charleston, S.C.

A source close to the matter told  TheStreet Walmart is trying to organically build awareness of its expanding online grocery business first before embarking on any national marketing campaigns. But, says the source, that is likely to change once the company has the service available in more markets.

So far, online grocery appears to have been successful for Walmart, which continues to  report mixed store sales as more people shop online and move to urban areas. About 90% of online grocery users are repeat customers, and more than 90% of the orders include fresh grocery items such as dairy, produce and meat, the company  told TheStreet in April.

Walmart’s research shows diapers and baby products are top-sellers among millennial moms using the service. The reason? They are able to get out of the house with the baby, pop their trunk, and have their diapers and other groceries loaded without eveb unbuckling any car seats or seat belts.

Walmart arch-rival  Amazon isn’t exactly standing still when it comes to trying to get people groceries as quickly as possible.

AmazonFresh, the Internet giant’s online grocery business that originally rolled out in Seattle in 2007, delivers groceries straight to customers’ houses within hours. To access the service, a person needs a Prime Fresh subscription, which costs $299 a year. Order minimums are $50.

The service has since expanded to New York, New Jersey, Pennsylvania, Connecticut, California and Maryland.

TheStreet took a brief tour of Walmart’s new grocery pickup while at the retailer’s annual meeting this week.

Signage clearly indicates this is not a typical Walmart store. 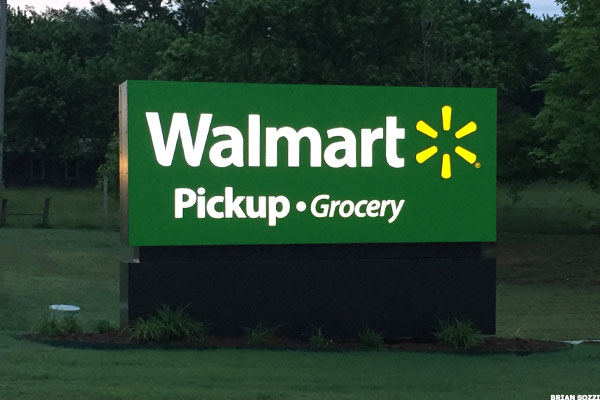 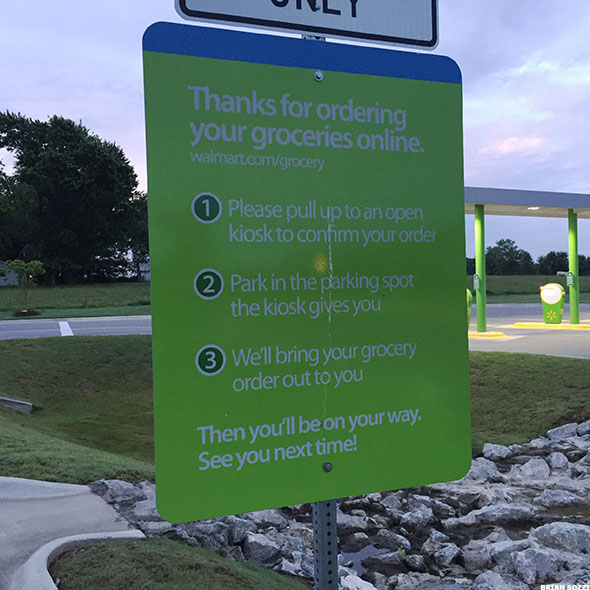 Pick a kiosk, any kiosk. 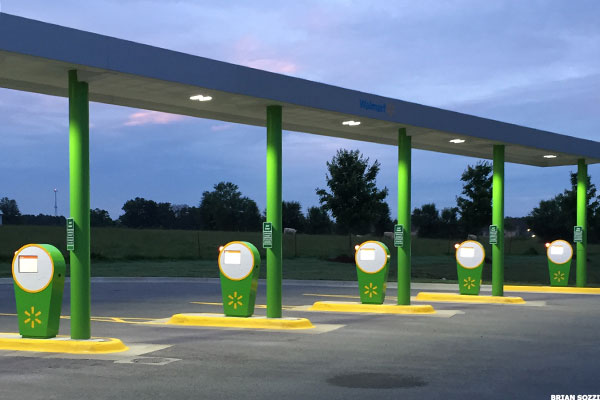 This is where you confirm your grocery order (sorry minors, no alcohol for you). 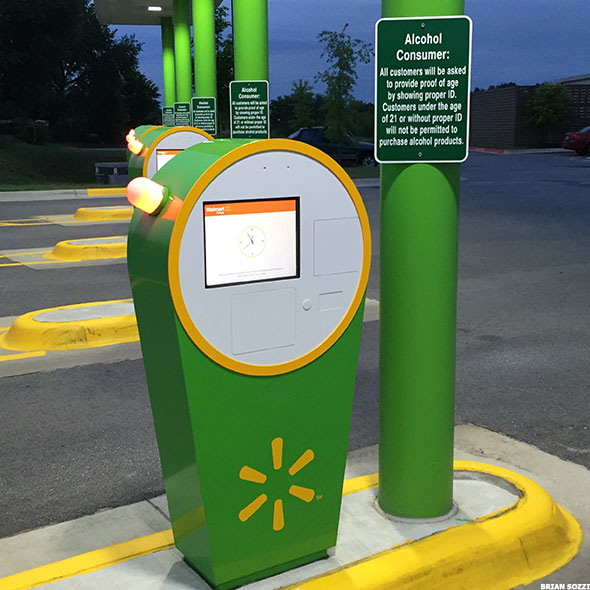 As awareness of the service grows, the depots will likely need more parking spaces. 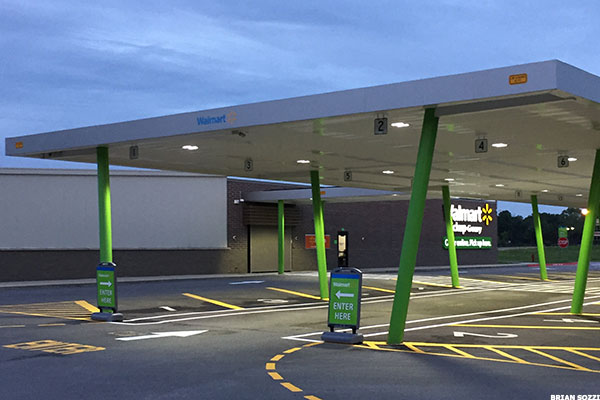 The inside of the depot looks like a mini warehouse — bare bones and easy for employees to quickly navigate. We were surprised there weren’t more items.