Amazon Go is the inevitable evolution of supermarket retail

Amazon’s cashierless “Go” markets have popped up in San Francisco, Seattle and Chicago, promising patrons the “future of shopping”: a frictionless grocery buying experience that relies on high-tech tracking technology instead of human interaction to get products off the shelves and into your canvas totes. This indeed may be the supermarket of the future, at least as Bezos envisions it, but not one that we couldn’t have predicted. The development of the Go shopping experience is little more than the latest step in the logical evolution of retail.

In fact, the layouts of modern supermarkets would utterly flummox a shopper from the late 19th century. In the earliest days of retail, shoppers would make multiple trips to multiple shops, each specializing in a specific class of product. You had butchers, bakers, greengrocers, fishmongers, dry goods and general stores, among a litany of others. And that was only for products with an appreciable shelf life. Milk and other quickly spoiled goods were delivered directly to customers’ doorsteps by the milkman.

What’s more, one did not simply walk into the dairy aisle namely because American retailers in the late 1800s simply didn’t have them. Instead, shoppers would approach the store’s front counter and dictate their order as a sales associate ran through various bales and barrels of goods, weighing out individual packages per the customer’s order. This process was both slow — the number of customers that can be served at the same time depends entirely on the number of employees on hand — and labor-intensive, meaning it was also relatively expensive for the day. 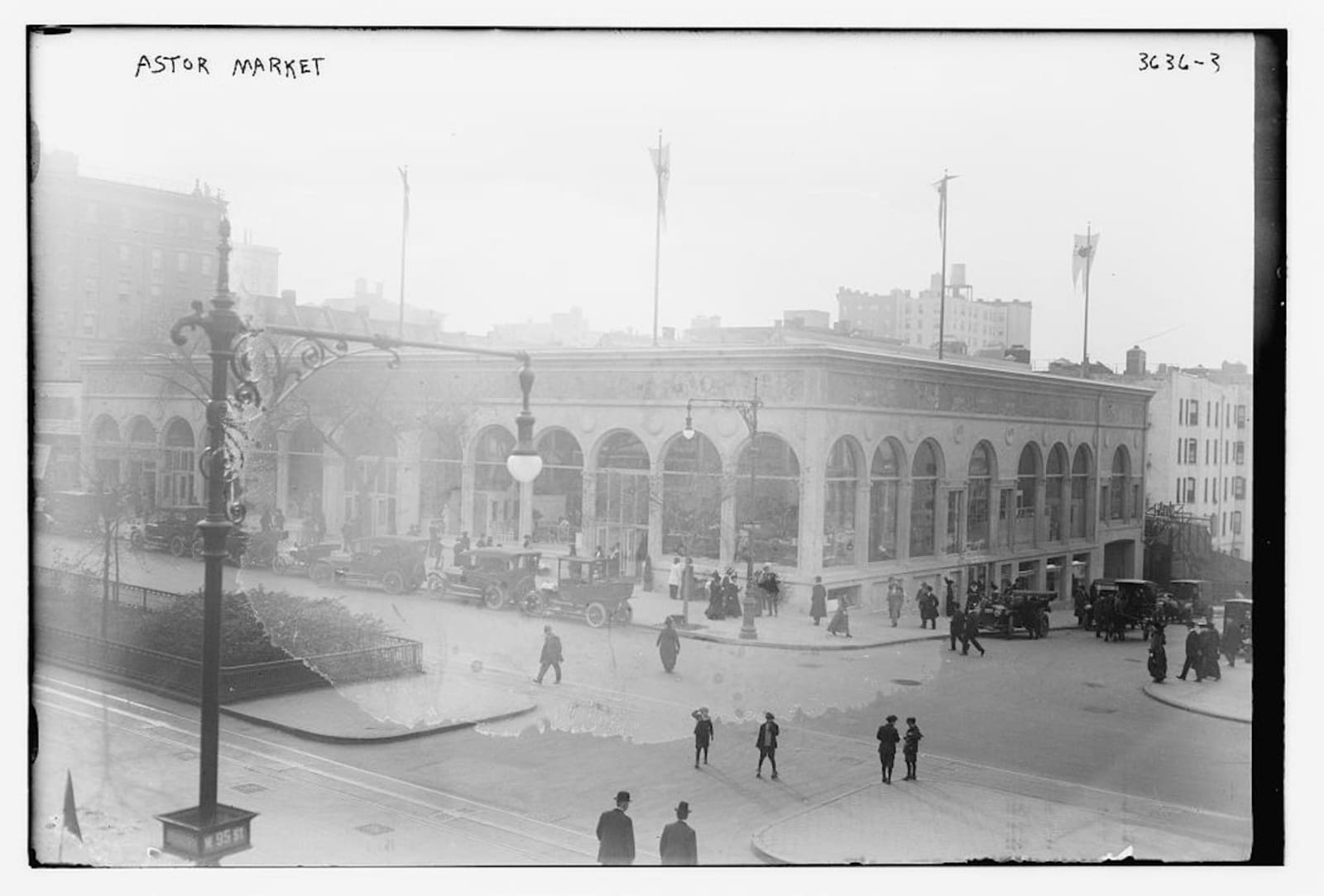 It wasn’t until 1915 that someone devised the current concept of centralized grocery shopping. In 1915, the Astor Market opened on 95th and Broadway in Manhattan, offering a mix of meat, poultry and produce. The market was, unfortunately, a bit ahead of its time. After failing to attract customers from the surrounding neighborhood — much less “from miles around” as its founder Vincent Astor promised — the market shuttered two years later.

Around the same time, Clarence Sanders of Memphis, Tennessee, began developing (and patenting) his own take on self-service grocery shopping. He was among the first to propose letting shoppers collect their own products from a trail of shelves and aisles and bring them to the front of the store for purchase. This didn’t just drastically reduce the labor costs for retailers, it helped to kick-start modern product advertising techniques. The result was the Piggly Wiggly.

“That [self-selection method] meant consumers could make decisions as to what it was they wanted to buy, and that really led to companies trying to catch consumers’ attention. It’s really the origin of branding,” John Stanton, a professor of food marketing at Saint Joseph’s University, told Time in 2016, the centennial of Piggly Wiggly’s founding. 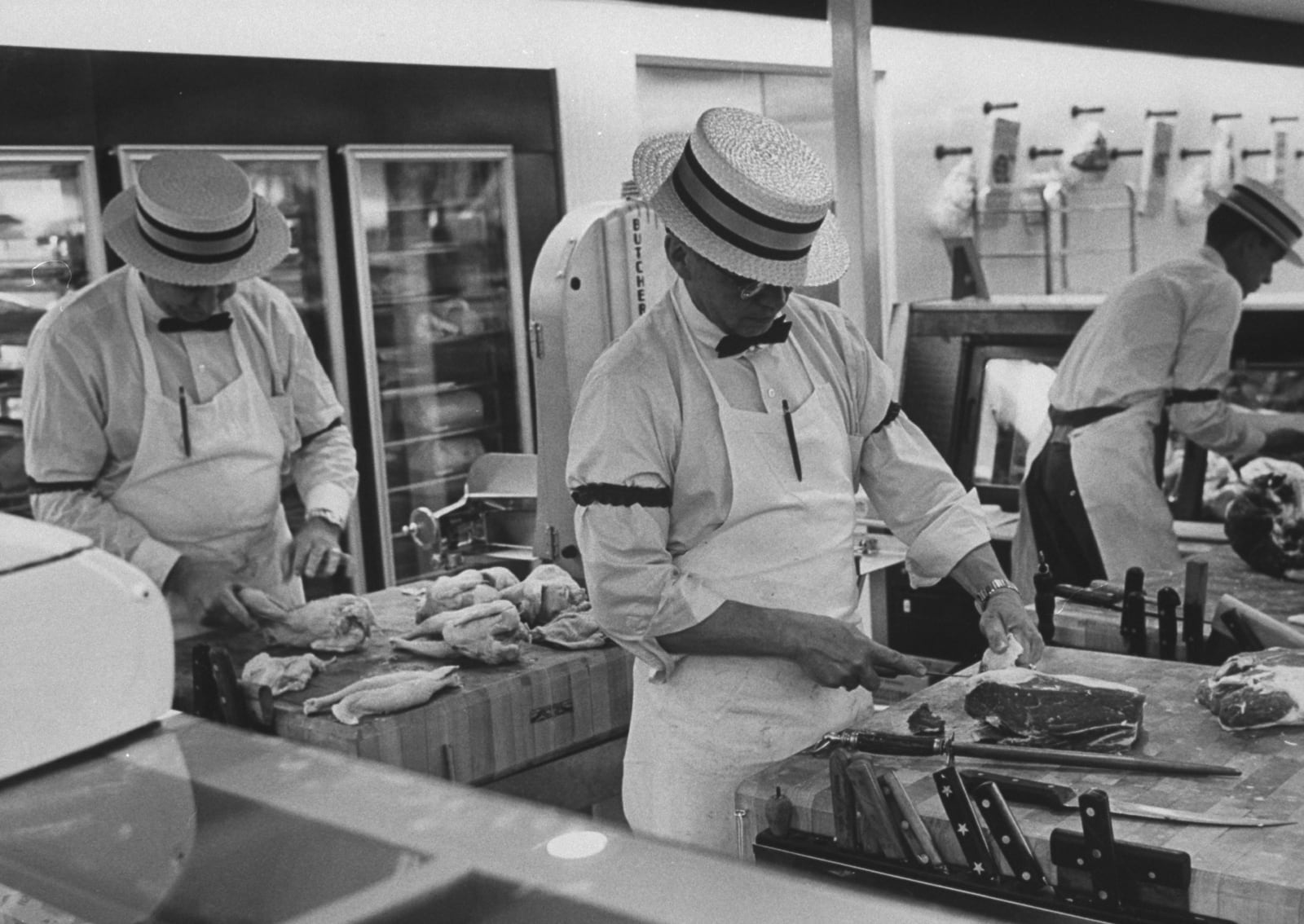 “For a long time you had specialty retail stores like butchers and bakers and candlestick makers,” he continued, “and then you had these bigger stores that said, ‘Let’s reduce the cost and make it more affordable.'”

Despite (or perhaps because of) the branding, Piggly Wiggly was such a hit with consumers that Sanders quickly began offering franchise opportunities and the company is still in business today with more than 350 locations in 17 states throughout the American South and Midwest. 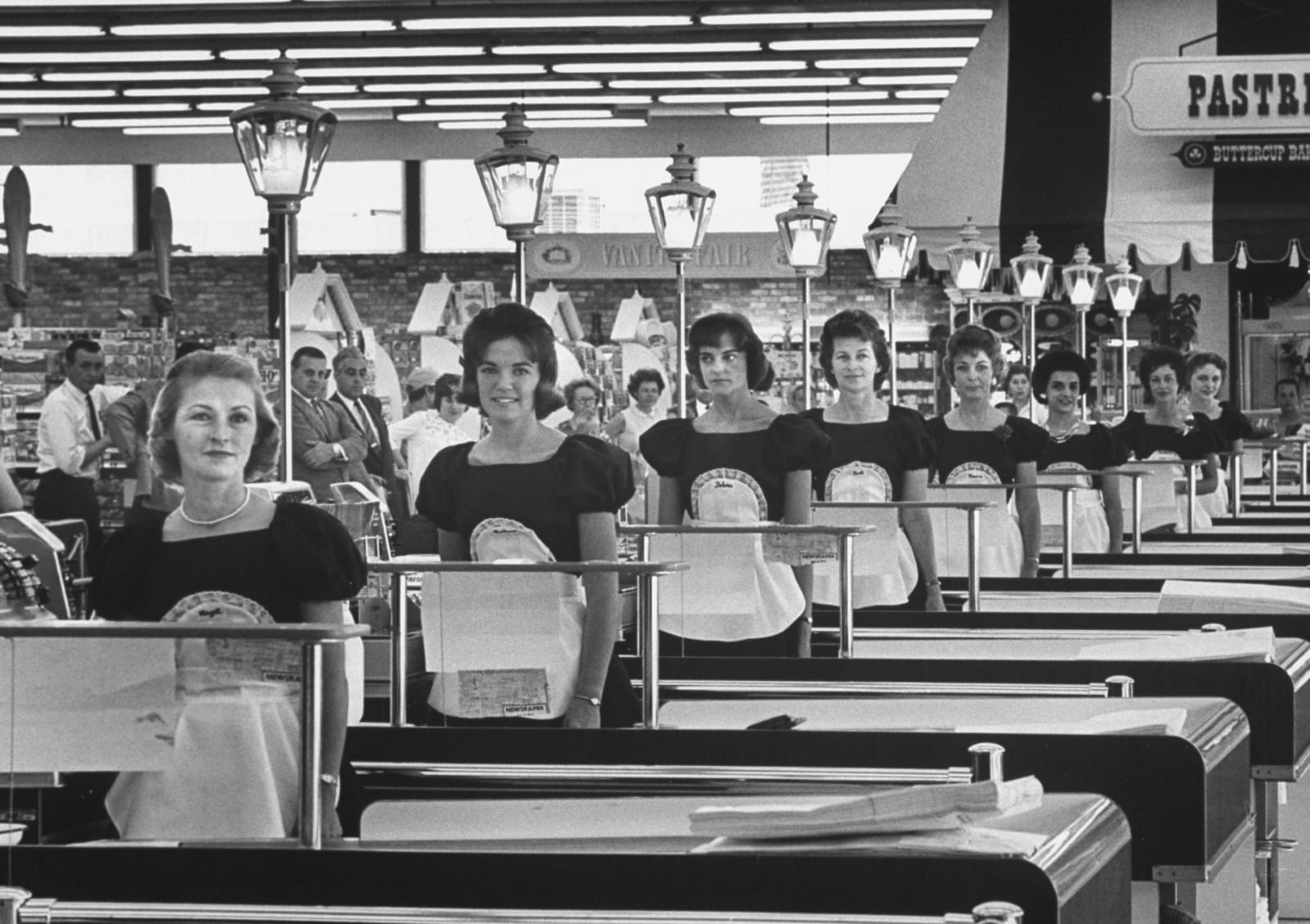 Oddly enough, the Great Depression appears to have had a significant influence on the emergence of the modern supermarket as we know it. While newly minted chains like King Kullen and Safeway were being villainized for outcompeting traditional mom-and-pop shops thanks to their economies of scale — which actually resulted in congressional action in the form of the Robinson-Patman Act of 1936 — they were a hit with increasingly price-conscious consumers.

America’s newfound middle-class prosperity (especially the advent of suburban car culture) following the end of WWII led to a rapid expansion of supermarket brands. The fact that countless family-owned grocers had to shutter when their proprietors enlisted also helped cement supermarkets in American culture. Funnily enough, places like Safeway and Krogers are now feeling the same pressure from big-box stores like Walmart and online retailers like Amazon as the local grocers they themselves replaced a century ago.

As the retail space of supermarkets has evolved over the decades, so too have the tools used to track and pay for items. While Safeway and King Kullen were in their infancy, retailers began exploring automated means of tracking the stock levels of products in their stores. The first such system was developed in 1932 by a Harvard business school student, Wallace Flint. In his punch-card based system, which was based on one used used in the 1890 census, customers would walk around the store, collecting various punch cards for the items that they wanted, then head to the checkout where the cashier would feed the cards into a machine which in turn would activate a convoluted conveyor belt system to bring the product out of a storeroom. This system, however, proved too slow, unwieldy and labor intensive for commercial use and was quickly abandoned.

Retail would have to wait more than a decade before anything resembling modern barcode technology emerged. In 1948, Bernard Silver, a graduate student at Drexel Institute of Technology, along with his friend Norman Joseph Woodland, began working on a machine readable code system after overhearing the president of a local food chain ask his school’s dean about it.

After a few early false starts, the pair zeroed in on a modified version of Morse code as the basis of their system. “I just extended the dots and dashes downwards and made narrow lines and wide lines out of them,” Silver told Tony Seideman, author of Barcodes Sweep the World. The idea worked and was awarded a patent in 1952. Woodland, who had taken a job at IBM the year before, repeatedly tried to get the company interested in the technology but was rebuffed in equal measure. He eventually sold the patent to RCA.

Like many other revolutionary technologies, the bar-code patent proceeded to spend 14 years sitting idly before RCA dusted it off ahead of the 1966 National Association of Food Chains (NAFC) meeting on automated checkout systems. At that meeting, RCA proposed testing bar-code technology and Krogers volunteered to test it. Those tests began in 1972 and set off an arms race to develop what would become the industry’s “official” code system.

As it turns out, IBM won that race namely because an IBM sales rep visited the RCA booth at a different trade show in 1971, remembered that IBM still had Woodland on its payroll, and tasked him with redeveloping the same technology that it had passed on two decades prior. He did, and the result is the modern UPC (universal product code) system that consumers can find on virtually every item in a given store.

How we pay for purchases has undergone a radical evolution over the past few decades as well. Paying with cash and checks has slowly been replaced with credit and debit cards, themselves being phased out in favor of more secure EMV credit cards (aka Chip and PINs) — not to mention the most recent emergence of contactless payment methods like Apple Pay and Google Pay.

But it’s not just a matter of how we pay for our products at checkout, it’s who we’re interacting with while we’re doing it. For decades the process was simple: You wheel your cart up to the checkout, make small talk with the cashier as they scan and bag your groceries, then you pay them. That time-honored tradition began to change in the 1980s thanks to David R Humble, who invented the first “semi-attended customer-activated terminal” (SACAT) after being stuck in line at the supermarket. The technology spread through the 1990s and by 2013, more than 200,000 stores worldwide used the cashierless checkouts. That figure is expected to top 350,000 locations by the start of the next decade.

Amazon Go simply takes the SACAT process one step further. By having shoppers scan their phones upon entering the store, Amazon is able to not only reduce the amount of friction that the shopper experiences (i.e. waiting in line like David Humble) but, in coordination with advanced visual tracking technology, also helps prevent theft. Obviously, there are still human employees on hand — and will be for the foreseeable future — to work security and restock shelves.

So what we’re seeing from Amazon Go isn’t necessarily revolutionary (aside from the stock-management tech, mind you, that stuff is bonkers) so much as a natural extension of existing retail trends. And given that the company plans to open 3,000 such stores by 2021, Amazon Go’s could be the future of retail whether we want them to be or not.