Albertsons’ CEO: From Grocery Clerk to Head of More Than 2,300 Stores

Long before Bob Miller took the helm of Albertsons Companies Inc. as chief executive, he was a teenage grocery clerk, sorting glass bottles at a California store.

Mr. Miller spent the next few decades working his way up the ladder, taking jobs in the stock room and as a check-out clerk at Albertsons before leaving in 1991 to run the Fred Meyer Inc. chain of stores and, later, Rite Aid Corp. drugstores.

In 2006, an investor group bought about 655 stores from Albertsons and brought him in as CEO.

Mr. Miller, 72 years old, now commands more than 2,300 stores including 19 regional chains, such as Safeway Inc., Jewel-Osco, Acme and Tom Thumb, after spearheading major acquisitions from Supervalu Inc. and Safeway in recent years. He has closed hundreds of unprofitable stores, radically refashioned others, and continues buying smaller chains, most of which maintain their legacy store names in an effort to retain loyal customers that, in some cases, have shopped there for generations.

Albertsons initially filed paperwork to go public in July 2015, but delayed its share offering after poor results from Wal-Mart Stores Inc. that October indicated a slowdown in the industry. Analysts say the grocery tycoon could take advantage of the market’s upswing by making the move to go public soon.

Despite the decision at hand, Mr. Miller manages much as he always has, visiting at least 20 stores in a week and giving his regional managers autonomy to ensure their stores stock what appeals to local shoppers. In a recent interview, he discussed what is ahead for his stores and his industry.

The Wall Street Journal: How would operating as a publicly traded company affect the way you run Albertsons? 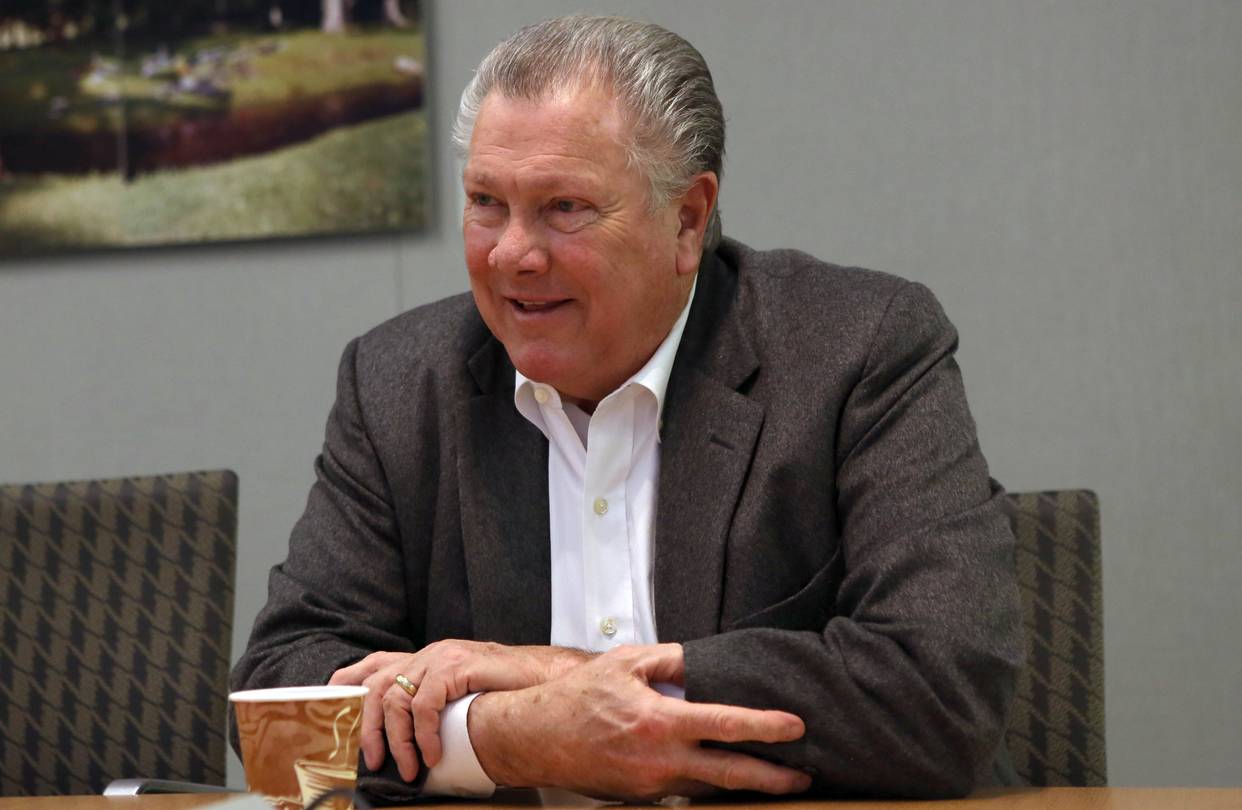 Bob Miller, the CEO of Albertsons grocery stores, spoke at The Wall Street Journal last month in New York. Analysts say he could take advantage of the market’s upswing by taking the company public soon.

Mr. Miller: We already operate a lot like a public company. I have a very strong team. I have a COO, chief administration officer and a chief merchant. At some point one of them will run [the company].

Mr. Miller: From day one, I’ve had five partners. All good partners. They’ve been here 11 years. And at some point they’re going to have to monetize their investment.

WSJ: How did you grow from just a few hundred stores in 2006, when the new Albertsons company began, to more than 2,300 today?

Mr. Miller: We bought the most distressed stores. The struggling stores were in areas where we competed with Wal-Mart. We bought them for the real-estate value. Over the next six years, we sold and closed stores, paid back debt…We had taken stuff nobody wanted and turned it into a nice little company.

WSJ: Why keep your grocery chains regional in branding and operations?

Mr. Miller: We’re trying to run our stores for the neighborhoods they’re in. Let’s take our Southern California division: there’s a lot of Hispanic neighborhoods where we have to have a really different product mix. The regional presidents understand their markets, [so] we can have stores in one location, and 10 miles away, we can have a different mix of products. We’re able to do that because of our decentralized operation.

WSJ: How do you decide when to close a store?

Mr. Miller: Every quarter, we review 5% of the stores at the low end of performance, and we analyze whether to continue to operate those stores, whether it’s better to close those stores and transfer that business.

WSJ: How is technology affecting your operations?

Mr. Miller: We don’t want to be cutting edge, ahead of the curve, but we want to understand what’s going on. So far all this stuff about being able to check the customer out quicker and walking out of the store without having to go through a register and all that kind of stuff, we’re not ready to invest in any of that yet. But we are working on initiatives with technology partners…If we see something that we think is going to work, we aren’t afraid to invest a lot of money.

WSJ: If you could change one thing about your job, what would it be?

Mr. Miller: All the regulations we work under. It’s going to cost us millions and millions of dollars just to change the labels on our private label [foods], and I don’t think the benefit to the consumer is worth what it’s going to cost. They don’t think about the cost of anything when they make a regulation. I’m not saying we shouldn’t have regulations. They should be thoughtful.